I’m still coasting on the high of having a complete first draft of my memoir about Lourdes. There are certainly many next steps that need to happen, but for the time being, I am totally resting on those laurels and gathering some feedback from a few close friends.

To celebrate, here are this week’s seven quick takes: answers to common questions I’ve received about writing a book, and a few tips and tricks from the writing journey of a total noob.

1: On deciding to write a book

Honestly, it’s not what I set out to do. Initially, I started writing down the story of what happened during the pilgrimage for posterity — something my kids and grandkids could read someday — and to reinforce my own experience. I wanted something I could read again later, when hard times came around again (as I knew they would).

Once I began, though, the story grew almost effortlessly. The more I wrote, the more connections I found. With each new chapter, the narrative arc grew clearer. By the time I was about a third of the way through, I knew the story was not just for me, not just for us, but something other people might want to read, too.

2: On finding the time

The answer here is the same as finding the time to do anything else in a complicated family-of-eight schedule: prioritizing. I stopped piddling around and started writing in earnest around November. That meant explicitly giving myself permission to use the limited time available for writing — to set it aside for that purpose and no other.

Did laundry, cooking, and cleaning suffer? Absolutely. Did our kids spend a lot of time with sitters? Yes. Did my husband do far more than his share of solo evening and weekend parenting? You betcha. Have I written much of anything else in the meantime? Nopity nope.

It required sacrifice from everyone, but that sacrifice focused my efforts. I knew that what I was doing was costly, not just to me, but to my husband, my children, our parents, our sitters. I knew that I could not afford to waste time browsing Facebook when I was supposed to be writing. Those time-limited, focused sessions were incredibly productive, sometimes yielding over 5,000 words at a clip.

3: On comparison as the thief of joy and not giving up

There were two times when I was almost ready to throw in the towel completely. Both were immediately after I finished someone else’s lyrical, gorgeous memoir, and wanted to hide my head (and manuscript) in shame.

In both cases, I gave myself time to appreciate what was beautiful about those authors’ works, and set aside my own writing for a bit. After some time — a few days, a week — I returned to my computer and forced some words to come out, any words, no matter how much I hated them at the time. Inevitably, I would get my groove and my voice back, just by refusing to stop, even when the voice of Resistance threatened to overwhelm my initiative.

4: On taking one step at a time

A common question I get is, “So what are you going to do with it?” While I was writing, I decided to set that question entirely to the side. When I began to daydream about agents and publication during the writing process, I got distracted and self-conscious. Instant writer’s block.

This first draft is what I am jokingly calling the “afterbirth” draft — I know there’s a baby in here somewhere, but also a whole lot of blood and guts to be cleaned away first. I wrote down absolutely everything that wanted to be included, knowing a good deal of it would need to come out. Anne Lamott, one of my writing heroes, famously called this the “sh*tty first draft” stage in her beautiful and funny book on the craft of writing, Bird by Bird.

Rather than getting wrapped up in long-term dreams, I wrote. And now the next step is to refine and pitch, with a lot of prayer and discernment always in the mix.

5: On organization and process

One of the hardest parts of this was keeping documents straight, especially as they got longer and longer. I began writing in Evernote, which is where I had collected many of the quotes, passages, and tidbits I wanted to include, as well as my rough notes from the pilgrimage. But formatting actual written documents was a pain, and I switched to Google Docs.

Gradually, the length and complexity of the document surpassed even what Google Docs could handle with grace, and I broke the manuscript into separate documents. Versioning became more and more difficult, and I’ve moved the final product into a software program called Scrivener.

I wish I could say that any of these solutions was perfect, but each had strengths and weaknesses. If I had it to do over again, I would probably start with Scrivener, which gives more editorial flexibility and the ability to export into multiple formats.

6: On letting people in

After I had been working on the story for a little while, an old friend of mine, Kate Rademacher, released her own memoir as a first-time author: Following the Red Bird. When I reached out to congratulate her, we rekindled our friendship.

On my own, I wouldn’t have decided that what I was writing was ready for anyone to read. However, Kate’s feedback and cheerleading at the earliest stages was absolutely invaluable. Her mentorship and ability to offer feedback on the practice and the process helped me push through many roadblocks.

Find yourself a partner. A writing accountability buddy is worth her weight in gold.

This book has taken over every spare minute (and some not-so-spare minutes) for months. I know it needs more work, but for the time being, I am resisting the urge to mess around with it. Along with enjoying the feeling of accomplishment, I can sense the importance of letting this work lie fallow for a while, even a short while, so that I can read it with fresh perspective when it’s time to begin the painful process of making necessary cuts and restructuring.

What crazy big projects have you undertaken? How did you make space for them, and how did the project shift your thinking? 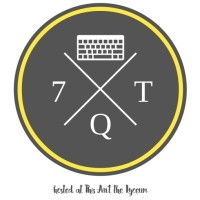 Join Kelly at This Ain’t The Lyceum for more of this week’s Seven Quick Takes!