Dashing this one off in the heat of the moment. Fair warning, it’s another story about Oscar and puke, but I think it will be worth that momentary discomfort if you can hang til the end.

In my inbox today, I found a note from our dietitian, offering sick day guidelines for kids on the ketogenic diet who are fed formula via g-tube (gastrostomy tube, which delivers food directly to the stomach).

Oscar doesn’t have a g-tube, obviously, so this may seem strange, except that he *is* formula-fed and on the ketogenic diet. We are knee-deep in yet another week of stomach upset with him. This time it was brought on by an actual virus that laid our entire house low; Oscar, true to form, is taking longer to bounce back and longer to get re-established on his super-high-fat diet, even now that we’ve customized it to be less allergenic and more digestible for him. 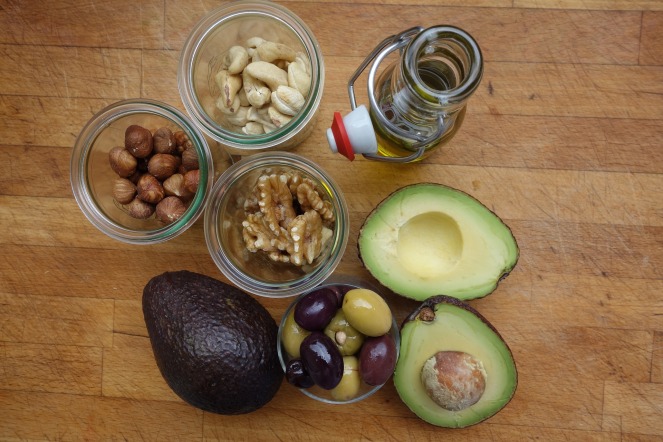 For the two years he’s been on the diet, Oscar has been primarily (or entirely) formula-fed. The sick day guidelines we were given on Day 1 of the diet introduction pertained to kids who eat solids. They start out the same (step 1: clear liquids, step 2: broth and light nibbles). At step 3, though, we were stymied by the instructions to feed a ketogenic meal without added butter or oil. We muddled along by mixing his formula with Pedialyte in steadily increasing ratios, like mad chemists, hoping each time our reaction wouldn’t explode in our faces. (Kinda literally.)

Today, in the middle of our eighth (ninth?) go-round of sick day nutrition management, the dietitian sent along the sick day guidelines for g-tube kids, almost as an afterthought. They are explicitly written for kids who are formula fed.

And I am sitting here asking: Why? Why did it take so long for her to see we needed this? Why did I have to pester and beg and ask a thousand different ways before it clicked, and she saw my child and his particular circumstances, his idiosyncratic needs? Why do I want to shake her by the shoulders?

Before you click away, thinking this is just a rant about the drama of the special needs parent and child (and dietitian)… ask yourself:

When was the last time you felt fully known?

I just finished reading a really amazing book, Forgiving God by Hilary Yancey. (It is so achingly gorgeous and so relevant to the themes of the book I’ve been working on that it almost made me throw in the towel, but we can leave my insecurity complex for another post. It’s that good, is my point.)

In it, Yancey chronicles her struggle with God following the prenatal diagnosis of her son, Jackson, with complex medical needs and physical differences. And one sentence has stuck with me. As she lay on the ultrasound table, sensing the tech’s silent unease, in the very last minutes before she and her husband received the first news of Jack’s diagnosis, she recalls, “God spoke one thing back[…]: ‘She can never tell you something about this person I do not already know.'”

I encourage you to read the book, because there follows a very provocative and beautiful discussion about God’s foreknowledge that I really could have used two years ago, among other treasures.

My frustration with the dietitian is about being known. I want to hold her responsible for the knowing of my son. I want to hold my husband responsible for the knowing of my innermost feelings and desires, even while I hold them close to my chest. I berate myself, most of all, for not knowing better, seeing better. All the time, when it comes to all of my family and friends, and Oscar most of all, I want to know, since he can tell us so little about himself in the ways two and a half year olds usually do.

Oscar is known in so many ways, though, far beyond what we ever know about most children. He has been studied and observed, the subject of thousands of pages of notes and records. He has been measured and quantified, his DNA base pairs strung out like pearls on a strand, examined as minutely as through a jeweler’s loupe. And yet. There is still so much we don’t know.

Isn’t it amazing that there exists, in the universe, a God who is capable of a better kind of Knowing? Who knows not only Yancey’s son Jackson, and our Oscar, but me, and our whole family, and our dietitian? Who knows the filthy guy holding a beat-up cardboard sign on the street corner, eyes downcast, waiting for a quarter? Who knows the immigrant child crying as she is removed from her mother’s arms, and the mother, too, and the government official whose persecution drove them away from their home in the first place? Who knows even Donald Trump and Barack Obama, and Adolf Hitler and Mahatma Gandhi, and can hold the unresolvable contradiction in that Knowing within himself?

There is one who not only Knows, but calls all, all, all of these beloved. Each of us is a pearl on that strand, a pearl of great price to God.

My heart quieted itself once I put those two pieces together, the knowing and the Knowing. I am not responsible for knowing like that. And while I wish, sometimes, that the people helping to take care of our son were a little better at helping us piece together crucial knowing at just the right moment to solve Oscar’s (many) puzzles, I can’t hold other people responsible for that kind of knowing either. Not even if they are trained and paid professionals.

My frustration was misplaced. It was pointing me to something else I needed. Something we all need. It was a reflection of a deep soul-ache: the desire to be Fully Known.

I already am. So are you, beloved.

(Yeah, I’m still writing a note to let the dietitian know that the sick day information pertaining to formula would have been helpful a long time ago. No reason not to keep improving in the kinds of knowing we DO have, after all.)